"We have a healthy spacecraft that is performing its mission admirably," said Rick Nybakken, project manager for Juno from NASA's Jet Propulsion Laboratory in Pasadena, California. "What we do not want to do is add any unnecessary risk, so we are moving forward carefully."

As NASA’s Juno spacecraft prepares for another close approach to Jupiter, the agency expects to make a decision in February about when, or if, to perform a delayed maneuver to adjust its orbit.
Klicke in dieses Feld, um es in vollständiger Größe anzuzeigen.

NASA's Juno to Remain in Current Orbit at Jupiter

When Jovian Light and Dark Collide

The data collection of the Great Red Spot is part of Juno's sixth science flyby over Jupiter's mysterious cloud tops. Perijove (the point at which an orbit comes closest to Jupiter's center) will be on Monday, July 10, at 6:55 p.m. PDT (9:55 p.m. EDT). At the time of perijove, Juno will be about 3,500 kilometers above the planet's cloud tops. Eleven minutes and 33 seconds later, Juno will have covered another 39,771 kilometers and will be directly above the coiling crimson cloud tops of Jupiter's Great Red Spot. The spacecraft will pass about 9,000 kilometers above the Giant Red Spot clouds. All eight of the spacecraft's instruments as well as its imager, JunoCam, will be on during the flyby. 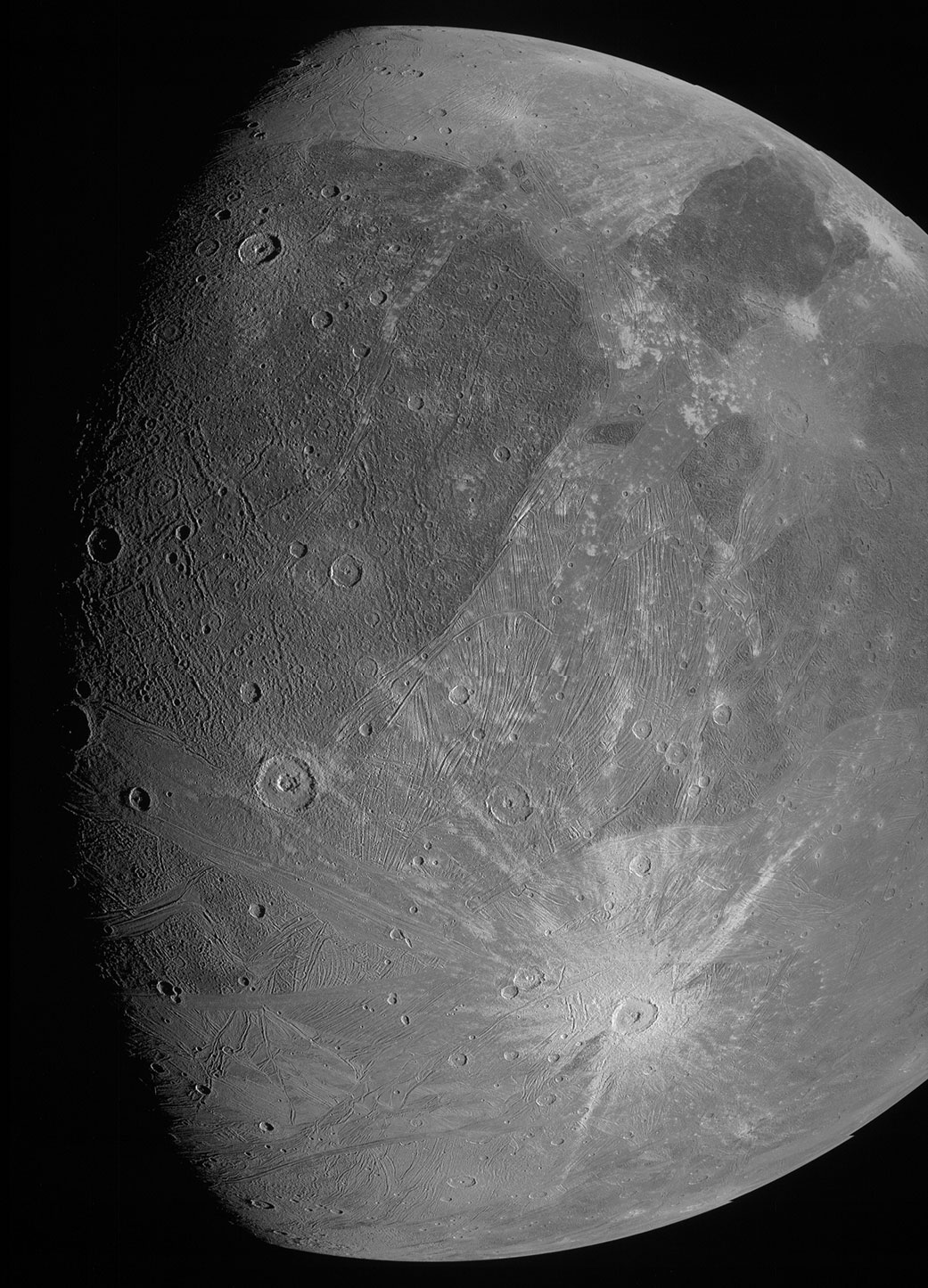 This image of the Jovian moon Ganymede was obtained by the JunoCam imager aboard NASA's Juno spacecraft during its June 7, 2021, flyby of the icy moon. At the time of closest approach, Juno was within 1,038 kilometers of its surface – closer to Jupiter's largest moon than any other spacecraft has come in more than two decades.
Credit: NASA/JPL-Caltech/SwRI/MSSS 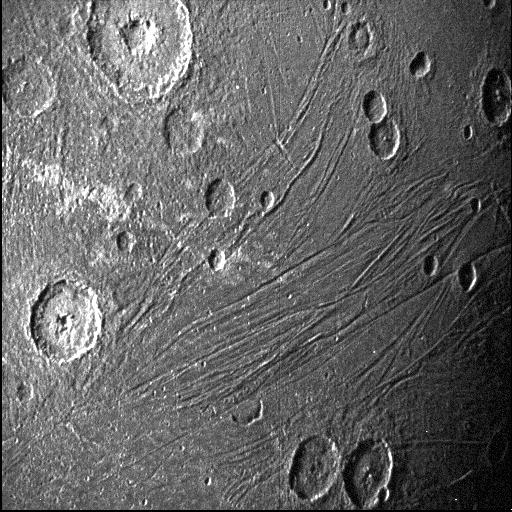 This image of the dark side of the Jovian moon Ganymede was obtained by the Stellar Reference Unit star camera aboard NASA's Juno spacecraft during its June 7, 2021, flyby of the icy moon. Usually used to keep the spacecraft on course, the navigation camera was able to obtain an image of the moon's dark side (the side opposite the Sun) because it was bathed in the dim light scattered off Jupiter; the camera operates exceptionally well in low-light conditions.
Credit: NASA/JPL-Caltech/SwRI